Junior Successes start off the season in style

Junior Successes start off the season in style 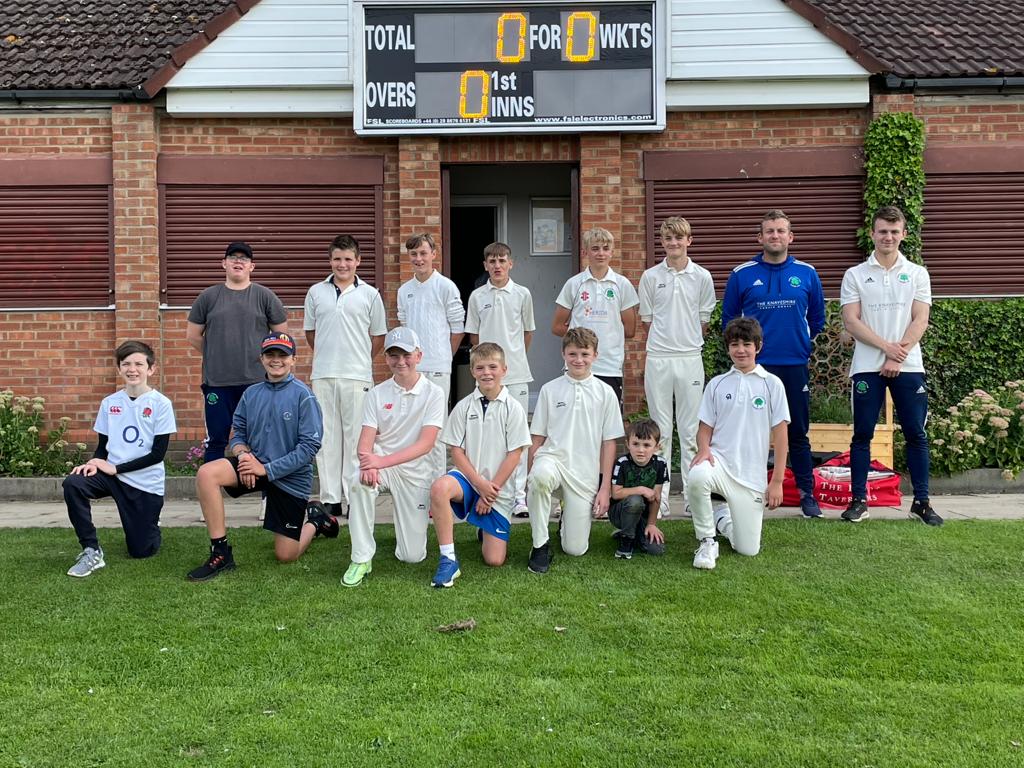 The Ovington Junior Cricket season is in full swing and it has been a successful few days for our sides, with plenty of wins and good individual performances all round. It also included a terrific treble for one of our age-groups.

Note: If you don’t see your team report here, many apologies! If you have Ovington junior related news/reports, please feel free to get in touch. We also use the Play-Cricket reports to help too, so if a game isn’t on there, we might struggle! joshfletch[at]gmail.com for anything Ovo related or send to your coach to pass on. Photos used might be old.

Under 15s all rounder Josh Blower put in a man of the match deserving performance with both bat and ball.

Thank you to Jack Stearman for his sponsorship of the Under 15’s. Match report supplied by Tom Armes.

Ovington won the toss and elected to bat first on a humid Monday evening at the Outgang vs Heslington. Openers Albert Webb and Spencer Fern got off to a steady start, seeing out the quick opening bowlers. However after an early wicket, wicket-keeper batsman Lucas Moore to the crease who took a few balls to get his eye in but then started to tee off hitting a six to the square leg boundary. The wicket of Fern bought Brody Clark to the crease who played an impressive supporting role to Moore putting the bad ball away and effectively rotating the strike, however one too many quick singles cost Clark his wicket as he was run out.

Oli Dodson then joined Moore at the crease and picked up where Clark had left off, runs were coming at a steady rate, a useful quick burst of runs from Seth Young helped increase the tempo for Josh Blower to come in and heap the pressure on the opposing team. His expansive 32 off 23 the highest knock on the night, Ovington finishing their innings on an impressive 112-7.

15’s “team hat-trick” one of many highlights

Ovington’s opening bowlers of Seth Young and Harry Eckersley Wilson (1 for 6 off 4) and Seth Young (1 for 11 from 4) both picked up wickets early. Fin Stevenson (1 for 25 off 2), Josh Blower (2 for 14 off 4) and Jamie MacNab (0 for 14 off 2) kept Heslington below the required run rate. However wickets were hard to come as the batters kept out the good balls and put the bad balls away with maximum efficiency.

It wasn’t until an inspired piece of fielding from the man of the match (running in collecting the ball and slinging it side arm towards the stumps) opened the flood gates for wickets. The first “team hat-trick” comprising of a run out, bowled and stumping was the real cherry on the top. It means Blower is on a hat-trick for his next game. All that was required was for co-captain Albert Webb (1-25) to keep it tight and restrict the runs in the final over. Ovington emerged the victors with by 14 runs.

They play at home next Monday.

Tough Dunnington trip for Under 11’s

The Under 11’s Hard Ball side last Thursday faced a trip to a Dunnington side that are always well-organised and tough to beat at this age-group. Batting first, Ovington found runs hard to come by in the initial pairing but importantly they weren’t dismissed, with Laing and Pooley coming away from their overs without a fall of a wicket. Dunnington bowled accurately and were aided by a run-out, managing to keep the score down as Ovington fought hard with the bat. Wicketkeeper Oliver Craven was top-scorer for the Ovington innings with 12 from 12 balls in the final pairing. It set Dunnington a total of 259 (start at 200).

Dunnington may have been favourites but the Ovington bowling performance was exceptional throughout the innings. They took nine wickets in total, aided by economical bowling from Wilf Metcalfe, Jack Matthews and Rory Walters. These three kept the runs down while our other bowlers secured the wickets. Imogen Brook, Seb Hardy and Jacob Laing all took a wicket apiece. The highlight though was Matthew Pooley’s 4-9 from his three overs, including a maiden, put the game out of reach for Dunnington for a 33 run success for Ovington. It was a career-best so far for Pooley and a great victory for his team. They place Sheriff Hutton Bridge on Wednesday next up.

Play-Cricket unfortunately errored towards the end of the game at no fault of our own meaning all the statistics from our Incrediball team’s win vs Drax were compromised. What came before was a very promising outing from our future stars. It included a first game for Ovington for Reuben Bainbridge and us setting what a decent total with the bat. All of the Ovo bowlers contributed towards the victory, either with a low economy rate or picking up wickets. This included two wickets apiece for Ollie Breed and Matthew Pooley. Other bowlers to come out with real credit included Ethan Currie, debutante Reuben Bainbridge, Yash Fitzgerald, George Payne, Jacob Laing and Edward Monaghan. Ovington were successful by about 80 runs. We hope to see the true play-cricket statistics when they fix the error!

I believe also there was a win for the Under 11’s B team, but still awaiting Play-Cricket confirmation there. Well done to all of the Under 11’s teams!

Under 13’s get first win of the season

The Under 13’s are off the mark for the season with a win last Sunday vs Wheldrake. Their opposition were missing players but that shouldn’t take away anything that the Ovington bowlers achieved. Jack Matthews took 2-3, Seb Harbour 2-10 and Matthew Pooley 3-4 which restricted the visiting side to 52 all out. All the Ovington bowlers contributed, with Spencer Fern and Oliver Craven having economy rates less than 2.0

There was some great batting from our openers in Alex Beard and Oliver Craven as they got their side close to the target without losing a wicket. They were both retired out to give others an opportunity to bat having reached 21 and 19 respectively. William Muskett hit two boundaries with his 8 not out with Thomas Robinson at the other end. For their next game, they make the trip to Hemingbrough next Sunday morning.

Coming up this week