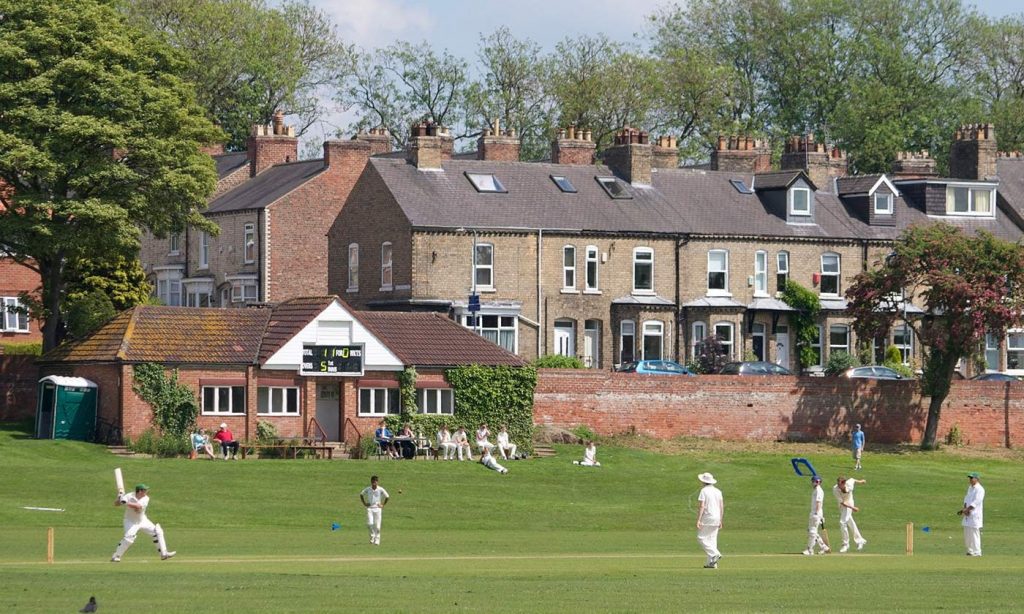 The Ovington Junior Cricket sides continue to impress, even if not always winning and there was plenty of great team and individual performances across the age-groups. We’ll try and talk about some of them over the past week here!

Metcalfe with a performance to remember!

One news story coming out of the club this week was the performance of Toby Metcalfe, who is matching the form in junior cricket of his father in the seniors. He took his first wicket for the U13’s (despite aged only 8) and in his own age-group, took a hat-trick. His effort was in a local derby vs Acomb, taking a total of four wickets, involved in two run-outs and a catch. A great display and brilliant effort!

Wickets were at a premium last week when the Under 9’s development team travelled to Wheldrake for their first game of the season. Only one Ovington batter was dismissed in their innings as they put on a total of 99/1 from their allotted overs. George and Eddie W the top-scorers for Ovington, both reaching double figures. In reply, Amaro and Ben Cricker both were among the wickets as they helped Ovington lead at the end of the game by 34 runs. A great effort!

Earlier that week saw the U11’s B team make the long trip to Stamford Bridge. The hosts might have regretted winning the toss and fielding at half-time as Ovington racked up an impressive total. Thomas Robinson was the star of the show, finishing with a net score of 40 from his 19 balls faced. His total was closely followed by Wilf Metcalfe’s 31 from 18 deliveries. Other contributions came throughout the innings as Ovington ended up on the imposing 307.

Wickets in the Stamford Bridge reply were fairly evenly spread out across the team. Among the highlights were George Payne (2-4). Also among the wickets was Ben Webster, Alex Taylor Guino, Ethan Currie, Meredith Fricke and Wilf Metcalfe. It meant a 77 run victory for Ovington against what is usually good opposition.

The U11’s Hard Ball team were in action only in the last day or two and were against local ‘rivals’ Acomb. Ovington won the toss and elected to bat. Batting in the last pair, Oliver Craven top-scored with 24 as he helped us get out of a bit of trouble seen earlier in the innings. He batted well in the last pairing with wicket-keeper Jacob Baldwin to put Ovington on 260 from their 16 overs.

Ovington would have to bowl well to defend that total and that they did! Jacob Laing took 2-8 from his three overs as although wickets were generally hard to come by, Ovo kept things economical as we ran out twenty run victors. Alex Taylor Guino took the other wicket in a performance where no Ovington bowler went for over 7 per over. Any fans of junior cricket will know that is good going!

Tuesday evening saw the Under 11’s Incrediball team host Osbaldwick. The Seniors training on the main pitch ought to have took notice of the batting on display by the Ovo juniors, as good strike rotation throughout meant that we reached 259 from their allotted overs. Jack Matthews was the top scorer in Ovington colours in the last pairing, with 15 runs. His partner at the other end, Reuben Bainbridge were not out in the last four overs, giving Ovo the advantage.

In reply, there were numerous notable highlights. Firstly, Edward Monaghan is on a hat-trick in his next game as he took two wickets with his final two deliveries, ending with 2-10. Secondly, Imogen Brook picked up a run-out with an excellent direct hit in the field. Those two incidences alongside a great team performance meant that Ovington ran out 13 run winners. Coach Brandon Bishop was extremely happy with how they all performed!

The Under 13’s have been in action twice since the last junior update. A week or more ago, they beat an under-strength Hemingbrough side. Spencer Fern was the main instigator of runs, retiring on 34. His efforts weren’t too far ahead of Wilf Metcalfe (17) and William Muskett (23) as Ovington’s 20 overs left them on 108-4. They dismissed Hemingbrough (who deserve praise for fielding a side) for just 28. Phoebe Andrews took 2-15 with Toby Metcalfe, Maya Fitzgerald and Will Hempel also among the wickets.

Valliant effort for 13’s vs York B

The Under 13’s weren’t as successful last Sunday but put in a spirited effort vs what is usually a strong York ‘B’ side. Spencer Fern took an early wicket and followed up with another in his last over to take 2-12 from his three overs. Maya Fitzgerald, Thomas Robinson and Will Abigail were also in the wickets column as York ‘B’ finished on 104. In reply, Ovo struggled to get going and fell for exactly half the York total. They did bat out the full twenty overs. Oliver Craven and Thomas Robinson were the top-scorers. Will Abigail and Jack Matthews holding the fort at the end of the innings to keep Ovington from being all out. Always a positive especially in junior cricket!

Batters were in the ascendancy for the U15’s game vs Dunnington on Monday this week. The home side had some experienced players with county honours amongst them, so it was a creditable performance by a generally young Ovington side. Dunnington did only lose a wicket in their 124 from 20 overs. Harry Eckersley-Wilson taking it. Runs were tricky for Ovington in reply, but what they did do was build the foundations for an innings later on. Albert Webb (39) hit the first two 6’s of his career. The feat later joined by Seth Young in the maximums column, as Ovington fell only 21 runs short. Oliver Dodson also was among the runs late on, scoring 11. A very respectable performance, just before torrential rain hit the ground.