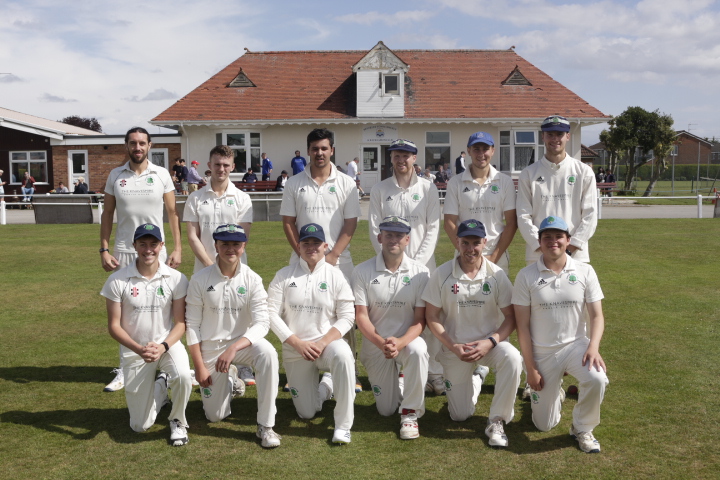 With the season fast approaching, the fixtures for our senior sides for the coming year have been announced and published.

Our First Team won a league and cup double in 2021 under the inspirational captaincy of Benjamin Busby and now play their cricket at a fair higher level than we have done in recent years. They prepare for their season in Division 2 Galtres with a pre-season friendly against the University of York First XI. The following Saturday they host the Harrogate based Pannal. Teams that Ovington will feature against include former heavyweights of the local scene Dunnington, who have had a complete restructure of their club. Osbaldwick, who have made approaches for several local players in the off-season and Ripon CC. The division also features a number of other well-established senior league first and second teams. Meeting these teams on an equal footing in league cricket with a team that mostly features players that have come up our junior ranks, shows the foresight in the investment into the juniors made in the club over the twenty five years coming to fruition.

The Second Team ply their trade in the top division of the York Vale League. They will be aiming to join the firsts in the Senior League. Luke Smith has the job of achieving this and it may be a tough one, although divisional heavyweights Kelfield have been promoted and Thixendale have moved to pastures new from the class of 2021. Yapham II will be promoted regardless via a different route and the main contenders for the title will be expected to be Clifton Alliance III, Dunnington II and Stockton & Hopgrove. The latter is the opening league game which is preceded by a friendly at the University of York on the 16th April.

Brandon Bishop was promoted to be captain at the AGM and has the task of navigating the Third Team through what on paper looks a tough campaign. Reprieved from relegation, they get another chance at a Division II campaign. With numbers good at nets, the youth-focused team can improve from the experience of last season, with players such as Harry Eckersley-Wilson, Lucas Moore and Albert Webb among others who will be one of the first names on the team-sheet. They play an opening friendly on the 17th April away at Heworth before a league Sunday fixture on the 24th away at Wheldrake.

All of our senior fixtures can be found on our PlayCricket. If you are interested in playing for Ovington this season, please get in touch via our Facebook or via the Contact page on this website.