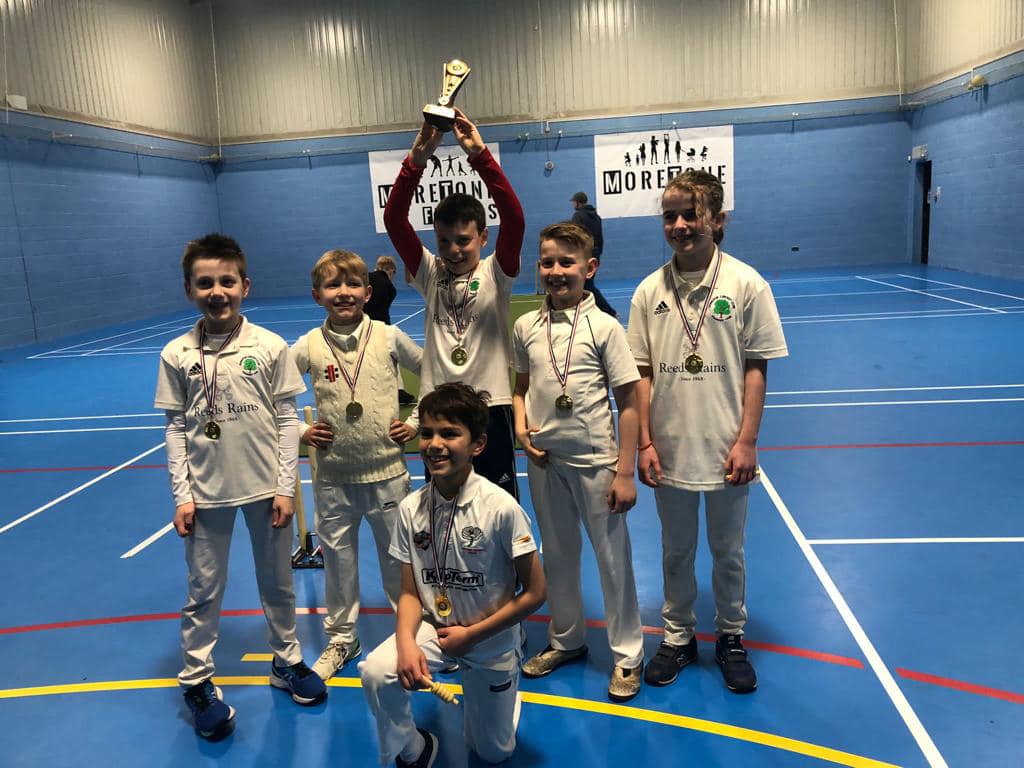 Ovington Under 10’s Indoor team started the season as their senior counterparts ended it, as they secured a fantastic title-win after going the 2022 season unbeaten.

A win against New Earswick on Sunday would have guaranteed them the title and again, due to half-term and squad rotation, saw a few different faces than the side that won so comfortably last week. Ovington batted first and didn’t find things go all their own way initially, but openers Pooley (23) and Brooke (10) did both set a good foundation for the remaining Ovington batters. The middle-order duo of Matthews (31) and Rory Walters (23) accelerated the scoring on at a good rate. With 24 balls remaining, up stepped the captain, Bertie Mittra accompanied by Thomas Robinson. In a ridiculous show of hitting and run-scoring, Mittram finished his 15 ball innings on 55, without any penalties for dismissal. Robinson ably supported his colleague by rotating the strike, finished on 18. Ovington finished their innings on a net score of 413/3 from their 12 overs.

New Earswick’s reply was kept in-check by some extremely economical bowling. No Ovington bowler went for more than 18 off their allotted two overs which is a tremendous effort with Brook’s 1-6 from her two overs the pick of the economy rates. Also among the wickets were Matthew Pooley (2-18), Walters (1-13) and Jack Matthews (1-11) forced the New Earswick batters to be always behind the run-rate and lead to a 120 run success.

In a competition which featured some really well-established Senior League clubs, the Ovington U10’s really shone through and going unbeaten throughout the seven games is a tremendous achievement for all concerned. In total, there were 14 players used throughout the games and the squad list was as follows. Everyone involved should be really proud for their contribution to the title success!

A superb effort from the whole squad! Huge thank you to all the coaching staff responsible!